Made with Pride in the USA 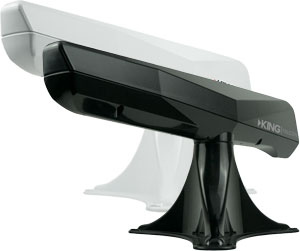 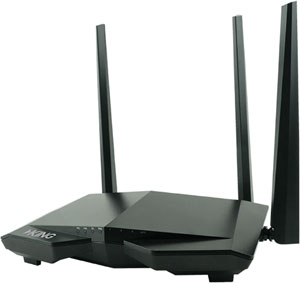 No more going to the coffee shop or visitor center to get Wi-Fi. Now, you can connect right from your vehicle using the King Falcon Directional Wi-Fi Antenna with King WiFiMax Router/ Ranger Extender.

One-minute setup process and no router installation necessary. Simply plug in and setup via a phone, laptop, or any other Wi-Fi-enabled device.

The Falcon takes advantage of the increased power and performance of a directional Wi-Fi antenna, without the traditional hassle of aiming the antenna.

The KING Falcon mounts to your vehicle’s roof, so you can maximize the range and performance of the KING WiFiMax, making this the ideal combination for RVers, truckers, campers, tailgaters, and all mobile adventurers who want to remain connected to the internet.

No monthly service fee and no contract.

The KING Falcon picks up Wi-Fi signals from Wi-Fi sources very far away and transmits Wi-Fi data at super-fast speeds. Using the KING Wi-Fi App, the KING Falcon automatically rotates and scans 360 degrees and shows you all the available networks. Then, you simply tap the network you want, and the Falcon automatically aims itself to get the best performance from that Wi-Fi source.

The KING WiFiMax Wi-Fi Router/Range Extender creates your own personal, private, and secure Wi-Fi network, just like you have in your home. When you are in range of an available Wi-Fi source or a private network and you have the password for such as a visitor center guest network, coffee shop, hotel, or any other available Wi-Fi source, you simply configure your WiFiMax to connect to that network. Then, it extends the internet access from that network to your own private Wi-Fi network, giving you internet just like you’d have at home.